A Bioengineered Cornea Shows It Can Improve People’s Sight

Donated human corneas are scarce in places where they’re most needed. A version made from pig collagen could help meet demand.

MORE THAN 12 million people worldwide are blind because of disease or damage to the cornea, the transparent outer layer of the eye. A transplant from a deceased human donor can restore vision, but demand is so high that only about one in 70 patients receive one. The need is greatest in rural or economically developing countries like India or Iran, where there’s a shortage of corneas due to a lack of eye banks with cold storage. Without these special facilities, a fresh donor cornea must be used within five to seven days.

“The number one reason for why it’s difficult to do corneal transplants in these places is because corneas expire before doctors can place them,” says Esen Akpek, a professor of ophthalmology at Johns Hopkins University. “It’s very expensive to do eye banking because you need a cold chain.”

As an alternative, researchers in Sweden have developed a bioengineered version made of collagen purified from pig skin that resembles the protein found in a human cornea. Bioengineered corneas could be made more readily available and may also have a longer shelf life than donor tissue. In a small trial, the implant restored or improved sight in 20 patients who were blind or visually impaired from a corneal condition called keratoconus. The results were published today in Nature Biotechnology.

“We think these could be customized and mass-produced, as opposed to donor corneas, which are often not very good quality because they are obtained from deceased patients who are elderly,” says study author Mehrdad Rafat, a senior lecturer of biomedical engineering at Linköping University. (Rafat founded a company called LinkoCare Life Sciences, which manufactured the bioengineered corneas used in the study.) Among other customizations, the size and thickness could be adjusted to accommodate the patient’s eye and the type of condition they have.

To make the implant, researchers isolated collagen molecules from pig skin, separating out all of the other biological components of the tissue. They added bonds between the collagen fibers to strengthen them and wove them into a hydrogel scaffold to mimic a human cornea.

Transplanting a cornea from a human donor requires a surgery to completely remove the recipient’s damaged tissue, and it is performed using expensive surgical equipment not available in many parts of the world. But for the study, the researchers made a small incision in the patients’ eyes and slipped the bioengineered corneas over their existing ones, making it a simpler procedure.

Rafat and his colleagues ran the trial in India and Iran on patients with keratoconus, which causes the normally round cornea to gradually thin and bulge outward into a cone shape. The condition causes vision to become blurry and distorted and can lead to blindness over time. It affects about 2.3 percent of the population in India, or 30 million people, and 4 percent of Iran’s population, or 3.4 million people.

If keratoconus is diagnosed before the cornea becomes severely scarred and irregular, doctors can maintain vision with special contact lenses and a procedure called corneal cross-linking, which uses UV light to strengthen the cornea and reduces the progression of the disease. For the study, the authors selected participants whose condition couldn’t be corrected with custom-fitted lenses due to eye discomfort and pain.

After their transplants, the researchers followed the volunteers for two years. They concluded that the implants were safe to use and restored the thickness and curvature of the recipients’ natural corneas. Before the operation, 14 of the 20 participants were legally blind, and the others were visually impaired. Two years later, three of the participants who had been blind prior to the study had 20/20 vision, thanks to a combination of the bioengineered corneas and the use of contact lenses or glasses. For the others, their vision improved to an average of 20/26 with contacts (in the Indian group) and 20/58 with glasses (in the Iranian group).

Christopher Starr, an ophthalmologist at Weill Cornell Medicine and clinical spokesperson for the American Academy of Ophthalmology, says that while the study was small, the results are promising. “The postoperative visual gains were quite impressive—as good, if not better, than traditional transplantation techniques,” he says. The participants also needed fewer eye drops and a shorter course of immunosuppressant drugs than is typically needed with transplantation from human donor corneas.

There have been other attempts at cornea implants. Artificial versions made of plastic exist, but they’re used when a patient has had one or more failed donor transplants. Because they’re plastic, these implants don’t integrate into a patient’s own eye like human tissue would, raising the risk of infection. “Biointegration has always been a huge challenge,” Starr says. “Without tight biointegration of a device, there is a much higher risk of bacteria getting into the eye and causing a rare but catastrophic infection called endophthalmitis, which often leads to permanent irreversible blindness.”

Immune system rejection, in which the body attacks the implant as a foreign object, is also a risk with any type of implant. But Starr says there may also be a lower risk of rejection with the bioengineered cornea, compared to human donor tissue, because the implant has been stripped of living cells.

Still, the process of inserting a bioengineered replacement over the original cornea, instead of swapping it out, might have some limitations. Akpek is skeptical that this kind of implant will be able to treat very severe cases of keratoconus, in which the cornea becomes clouded. “By just putting a transparent layer onto the cornea, they are strengthening, thickening, and flattening the cornea, but they’re not treating an opacified cornea, which is the advanced stage of keratoconus,” she says. For the bioengineered implant to work in these patients, she thinks the damaged cornea would also need to be removed—but that requires special training and technology that’s not available everywhere.

And she points out that getting a transplant first requires a diagnosis of corneal disease, which can be difficult in low-income areas where people don’t have access to eye specialists. “This doesn’t solve the problem, which is poverty,” says Akpek. But if a bioengineered version is cheaper and more accessible than using donor corneas, she says, it has a shot at preventing blindness in more people.

Rafat’s company is planning a larger trial of patients with more advanced disease. They also want to test the implant in people with other types of corneal blindness. One unknown is how long the bioengineered corneas will last after they’re transplanted. Donor corneas can last 10 years or more if there are no complications. “Our aim is to have a permanent implant,” Rafat says.

The bailout agreement negotiated between the Greek government (Syriza) and the European entities (troika) will only be debated in Athens’ parliament, ie, without a parliamentary vote.

There those who defend that this decision is related with the internal opposition to Alexis Tsipras. However, regardless of whether its occurrence, this kind of attitude has nothing to do with the rising contestation within Syriza. Don’t be surprised. This is plain and simply the typical behavior of left leaderships: vote should be kept to a minimum.
It is precisely this kind of posture that is at its core.

Thus, as this is the usual modus operandi and vivendi, why should be Syriza any different? 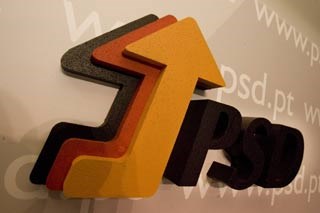